Asbestos Removal Services in Whitstable
Call Us Today For A Free Quotation: 01843 600765

Are you looking for an asbestos remediation expert? All About Asbestos has over 30 years of experience in the asbestos industry and provides comprehensive asbestos surveys and removals for those in the Whitstable area. You may be wondering what is actually involved in an asbestos removal service, so we aim to cover this in the article. Our services span across the entirety of Kent and we ensure that the safety of our customers and the area is our biggest priority when carrying out a job. 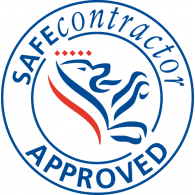 Asbestos has been banned entirely since 1999 in the UK, as it was discovered it poses a range of different risks to our health. Asbestos was a commonly used material in many different areas of construction work and buildings in previous decades, specifically the 1950s. It is commonly found in walls, ceilings, flooring and other major parts of a building.

The main reason that asbestos becomes dangerous is when the fibres are dispersed into the air, as they can be inhaled. If asbestos becomes airborne it could cause major health issues for the individual that inhales it and it has shown to have caused different types of lung cancer and breathing issues. It is also the biggest work-related health killer in the UK and sometimes symptoms do not show until many years after it was inhaled.

We aim to provide services that remove the risk of this happening, as asbestos often goes unnoticed and only in recent times has it become more apparent that it is an incredibly dangerous material if it is ever dispersed. Sometimes it is not necessary to remove the asbestos as this could cause further damage, however, with our asbestos survey service we will be able to analyse this and therefore advise you on the best plan of action.

Suspected Asbestos In Your Home

If you suspect that asbestos is in your home or building, then please get in touch with us as soon as possible. We will be able to arrange a quick and accessible survey or sample and then visit the site so that we can carry out the relevant procedures. After the survey has taken place you will receive a comprehensive report that details all of the findings and where we will be taking our findings.

Once this has been completed then we will organise the relevant procedure to carry out the removal of the asbestos in your property. Our highly experienced team will come out and cross off the entire area, to ensure that no one is at risk. They will then start the removal process, and once it is finished, will dispose of the asbestos waste. We make sure that all HSE guidelines are followed during the process and that we comply with the approved codes of practice.

Based near Whitstable and want an Asbestos Removal Quote?

All About Asbestos was established to provide customers with a specialist and tailored service to those who require an asbestos survey, sample and removal.

As the leading asbestos removal company for the Whitstable and Kent area, we aim to provide a service that makes communication and professionalism a priority. Call us on 01843 600765 to speak to one of the team!